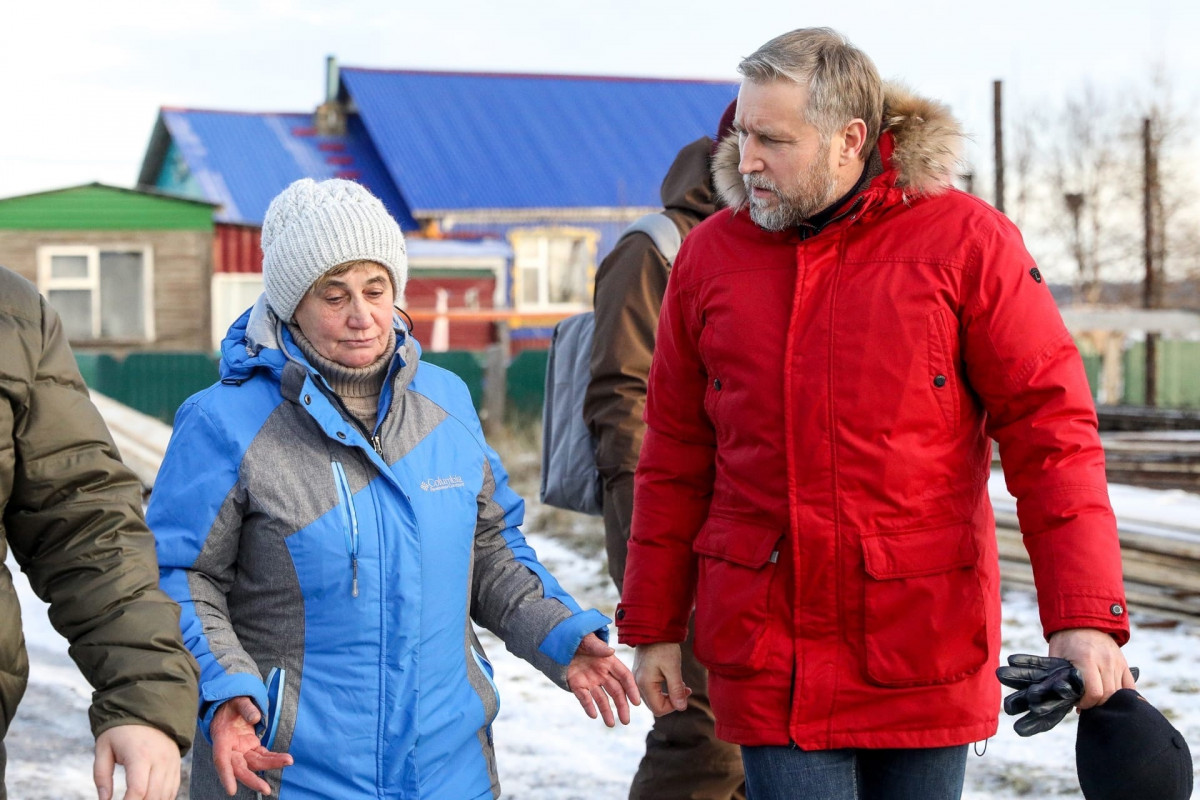 The working trip was a continuation of the issue of food security in the region. In two settlements, the Governor of the Nenets Autonomous Okrug, Yuri Bezdudny, together with representatives of the Department of Natural Resources, Ecology and Agro-Industrial Complex, the Zapolyarny District and the heads of the settlements, inspected a farm under construction in Labozhsky and visited the calf farm of the SPK RK “Sula” in Kotkino.

The first point of the working trip was the village of Labozhskoe. The governor looked at how the farm was being built and met with the staff. Today, the main construction and installation work has been completed at the facility.

Valentina Banina, the foreman of the Labozhskoye section of the PCR “Great-temporal Livestock Breeding Complex”, assured that the milk yield in the new farm would increase and the quality of milk would improve.

– Indeed, the farm is very necessary, the old one was completely unsuitable for work, they simply would not have spent the winter in it. Now the farm is under a roof, the installation of internal equipment is underway, in fact, the opening will take place in December, – said the head of the region, Yuri Bezdudny.

The construction of the facility began in the summer of 2022 in accordance with the instructions of the governor. Since August, Izva-Stroitel LLC has been building a new farm in Labozhsky. The new building, with an area of ​​750 square meters and a height of about 6.6 meters, will be located near the existing farm. 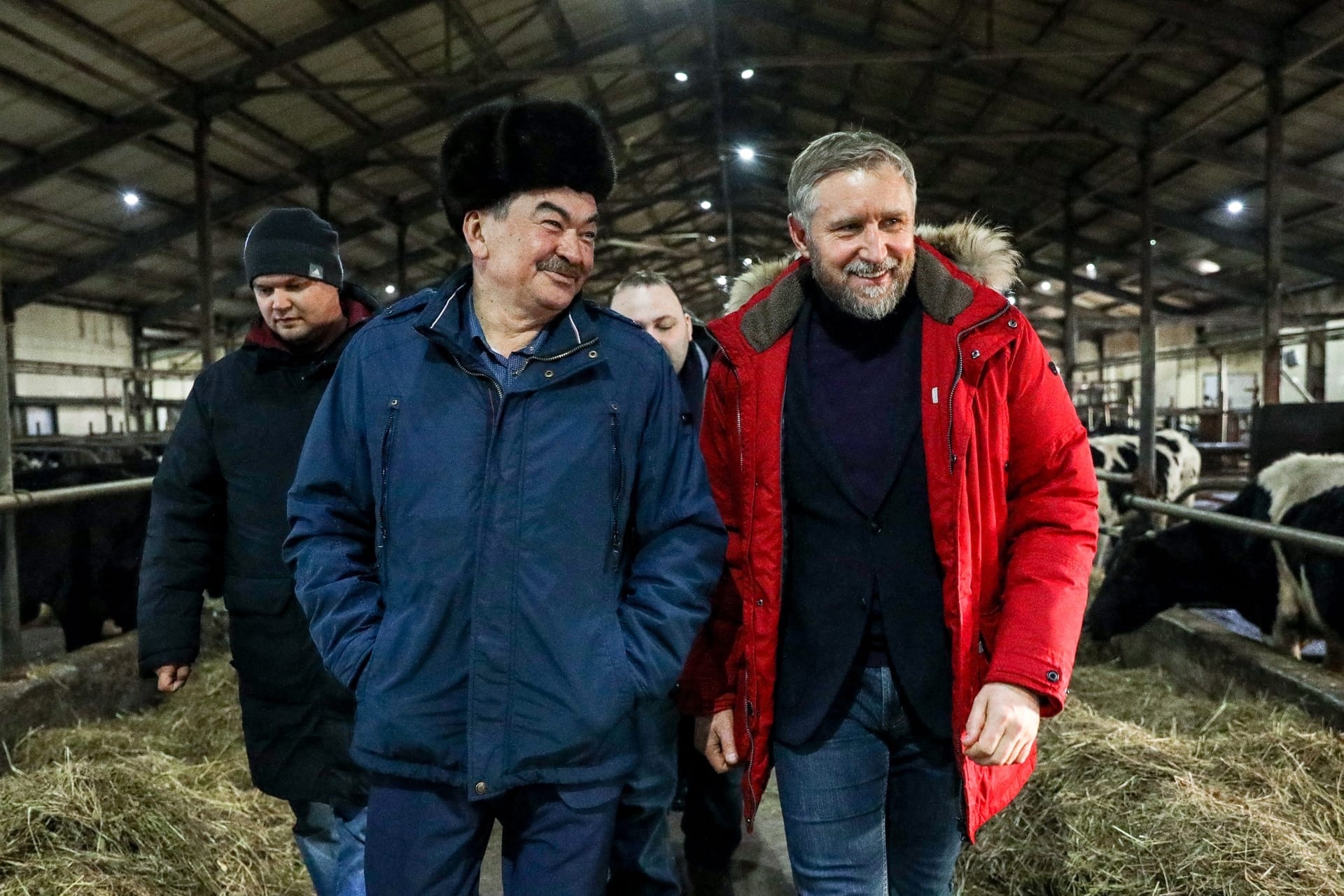 The next settlement on the working trip was the village of Kotkino. In the settlement, the head of the region visited the SEC RK “Sula”. The modern farm building was built in 2017. As the chairman of the enterprise Anatoly Chudochin said, production is actively developing.

— The plans include the renovation of the old farm, which in the future will become a calf barn. This will increase the number of livestock, which will make it possible to focus on meat production, – said the head of the SEC at a meeting with the head of the region.

Also during the trip, Yuri Bezdudny met with the farm workers.

“Sula” is a very strong farm, the pride of our district! There is a large number of cattle here – more than 400 heads. Dairy herd of almost 170 goals. Therefore, quite a lot of milk and dairy products are produced – cheese, cottage cheese, sour cream, the famous Kotka butter, which everyone loves. Even yogurt and ice cream are produced. Last year, SPK Sula received a subsidy for milk in the amount of 50 million. For 9 months of this year, almost 40. This allows you to keep prices at a level that does not hit the wallets of our residents. We will subsidize all products, including delivery from Kotkino to Naryan-Mar,” said Yuri Bezdudny.

In Kotkino, the governor held a reception of citizens. He was approached by the senior engineer of the boiler room Yuri Barakov. Due to bureaucratic mistakes, he has not been able to register the property of the built house for several years. On behalf of Yuri Bezdudny, in the near future, specialists will carry out the necessary cadastral work and help the resident of Kotkino to properly draw up documents. 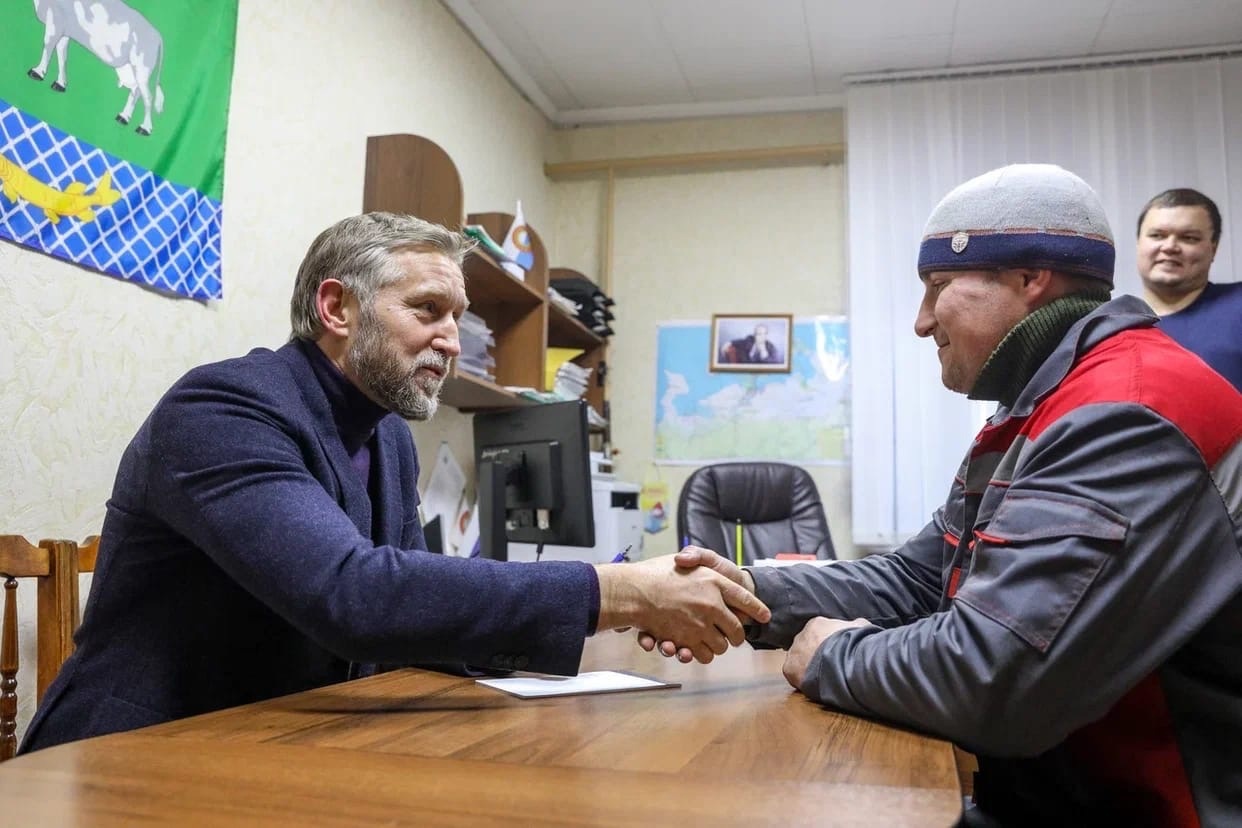 A resident of the settlement, Valentina Ardeeva, asked a question from many residents of Kotkino who would like to bring water to their homes, but due to the high cost of connection, they cannot do this. The head of the region proposed a variant with the “sharing” of costs, gave a corresponding instruction to the leadership of the Zapolyarny region, so that consumers would buy the material on their own, thus, the cost of work would be reduced by several times.

These days in Kotkino the overhaul of the Cultural Center named after A.S. Savinkova. The renovation of the institution takes place within the framework of the federal project “Cultural Environment” of the national project “Culture”. It should be reminded that during the last visit to the village, residents addressed the governor with a request to repair the building. 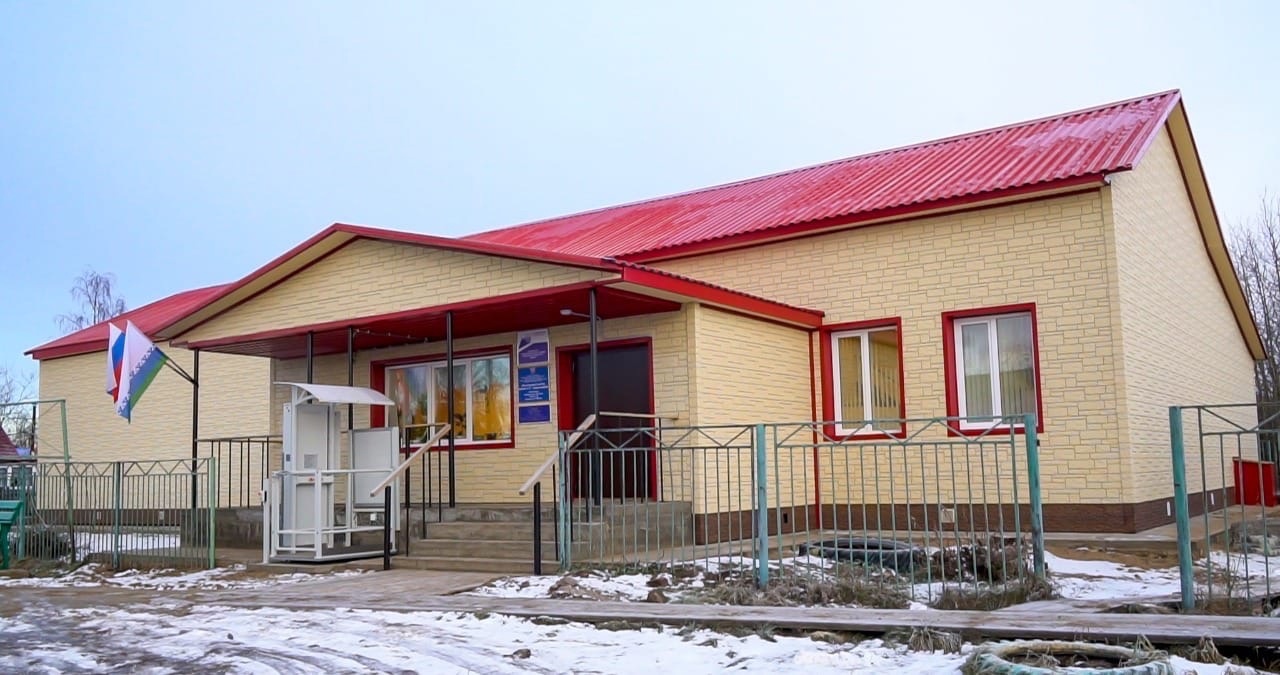 – I personally checked how the work was done: the repair is almost completed, the difference “before” and “after” is colossal. The rooms have become much more spacious and lighter. Residents and staff of the center are very satisfied, – said Yuri Bezdudny after inspecting the building.

Also, during a working trip, the head of the region visited feldsher-obstetric centers of settlements.

For the first time, a competition of methodological developments in the field of functional literacy of students was held in the Nenets Autonomous Okrug

In Amderma, all houses are under control